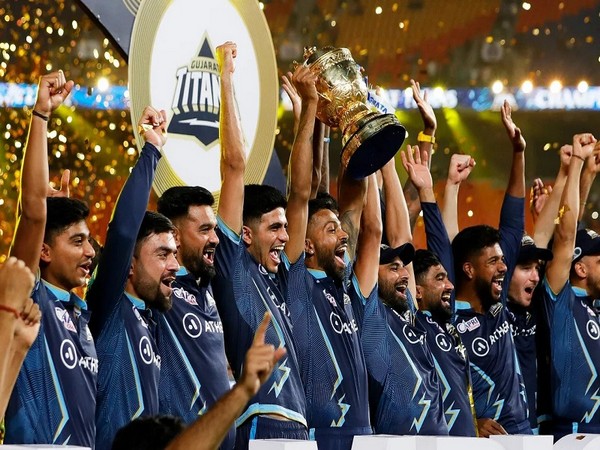 Nobody gave them a chance but Gujarat Titans, in conflict with all pre-tournament predictions, astonished everyone by lifting the IPL title in a dream maiden season after a seven-wicket victory over Rajasthan Royals in the final here on Sunday. Gujarat’s highly-rated bowling attack, led by captain Hardik Pandya (3/17) himself, limited a formidable Rajasthan Royals batting unit to 130 for nine after losing the toss. Shubman Gill and David Miller remained unbeaten on 45 and 32, respectively, to complete a vigorous win for their team.

Rajasthan Royals Won the Toss and decided to bat first

It should be a comfortable win for Rajasthan Royals looking inform batting order but Rajasthan Royals were not shocked by the pressure of the final and collapsed one by one while Gujarat remained calm in tough situations to finish the chase in 18.1 overs.

Gujarat Titans: A team not stubbed with star players

Gujarat Titans had no star players but Hardik Patel was impressed with his captainship and got the best out of his players especially David Miller and Rahul Tewatia.
After posting a poor total on score board, Rajasthan had to outcome with a special effort with the ball to get back in the game but his star bowlers did not do so much, especially Ravichandran Ashwin.

Trent Boult and Prasidh Krishna were brilliant in the power play but they do not have support from their colleague bowlers Obed McCoy and Ravichandran Ashwin.
Hardik and Gill struggled to get the boundaries on Bolt and Krishna but when Ashwin comes Hardik Starts to take charge and take Gujarat to 77 for two in 12 overs.

Captain Hardik Pandya failed to read a brilliant leg break from Chahal and was caught by Yashasvi Jaiswal but Gill and Miller got the job done in the end. Gill hit the winning six and the whole stadium jumped up.

Rajasthan Royals did not start well after captain Sanju Samson decided to bat first. Gujarat’s bowlers maintain the pressure of finals to stop on the easy chase total. Rajasthan’s batsmen Jos Buttler (39 of 35) and Yashasvi Jaiswal (22 off 16) though tried their best to put a good score on the scoreboard but after taking charge of Shami, Yashasvi Jaiswal failed on Yash Dayal and got caught by R Sai Kishore.

After Yashasvi’s wicket both Buttler and Samson chose to play safe against Rashid aka Karamati Khan, as a result, Rajasthan slowly reached 44 for one in the powerplay.

After powerplay, the in-form Buttler decided to take charge against Lockie Ferguson who generate a serious pace of 157.3 kmph.
Samson also did not last long after his partner Buttler’s dismissal who got caught on Pandya’s ball, his catch again caught by R Sai Kishore. Hardik made it 94 for five by having the dangerous Shimron Hetmyer caught and bowled.

Ashwin’s fall of the wicket in the following over ended all hopes of a Rajasthan fight back. After winning the fairy title of IPL Hardik Said “This title is going to be a special one because we talked about creating a legacy. The coming generations will talk about it.”