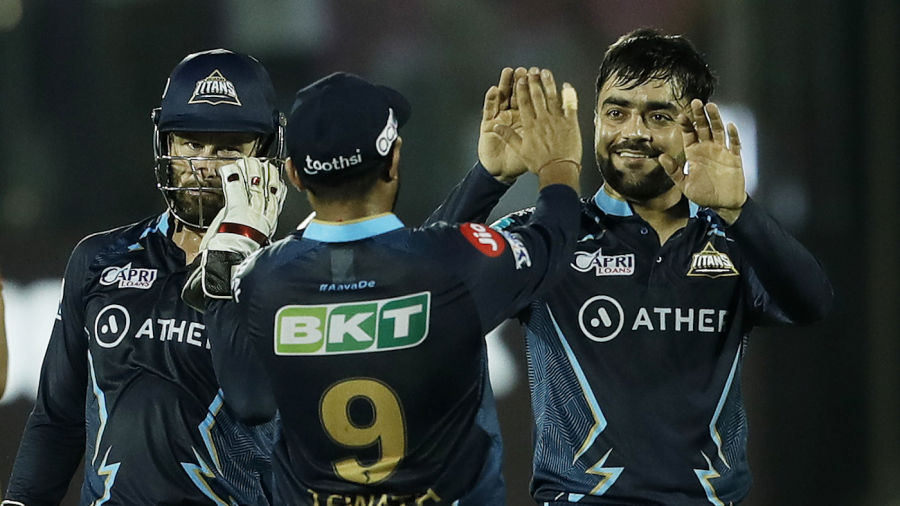 Is there anyone Rashid hasn’t played against in almost 300 T20 matches for different teams around the world? There is, of course. Shubman Gill, a teammate from the Gujarat Titans

Rashid Khan is the toughest spinner to score

Based on the numbers from the last five or six years, it is safe to say that Rashid Khan is the toughest spinner to score against in the shortest form of cricket played around the world. The Afghanistan leggie has played in 92 IPL games and has an economy rate of 6.38, which is not too different from his career economy rate of 6.35 in T20 games. When you think about how he plays in different leagues around the world, in different weather, and against some of the most feared ball-strikers in the game, that is just mind-boggling. All of the best batters in the world right now, like Virat Kohli, Rohit Sharma, and Jos Buttler, like to play Rashid out instead of taking chances and losing their wicket to him.

Khan has played more than 300 T20 games for different teams all over the world. Is there anyone better than him against whom he feels pressure? Certainly. And that’s his teammate Shubman Gill, who plays for the Gujarat Titans.

After beating Rajasthan Royals in the final by 7 wickets to win their first IPL title, Gujarat Titans all-rounder Rashid Khan said Gill was the only player he thought would be hard to bowl to.

Rashid said after winning the IPL in Ahmebada

“I’m so proud to be here with him. With someone like him, it gives you a lot of energy in the game. He played so well throughout the tournament that we were glad to have him on our side. He’s the only one I thought would be hard for me to bowl to, but luckily I have him on my side “Rashid said on Star Sports after winning the IPL in Ahmebada at the Narendra Modi Stadium.

In a tricky 131-run chase, Gill stayed unbeaten with 45. He made important partnerships with the team’s captain, Hardik Pandya, and then with David Miller, which helped the team win. In fact, Gill hit Obed McCoy for a six, which won the game for his team.

“We got used to the wicket quickly”, Rashid said:

Rashid did not forget, though, to give credit to the bowlers who kept RR from scoring 130. Hardik Pandya, the team’s captain, took three wickets, and Rashid, Sai Kishore, Mohammed Shami, and Yash Dayal all took important wickets as well.

“We got used to the wicket quickly. We knew it was a wicket where getting 150 runs or more would be hard. It was very important to get middle overs. As a team, we bowled very well “he said.