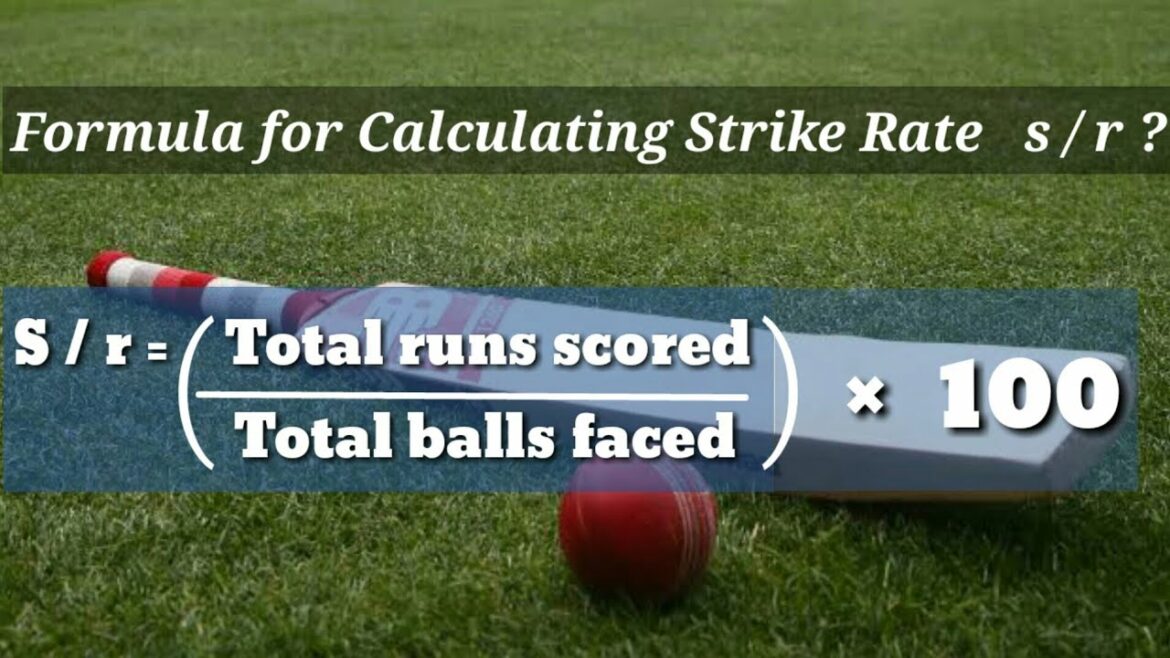 In cricket, the term “strike rate” can mean more than one thing. Which meaning is right depends on what kind of player is being talked about. For example, “strike rate” can mean one thing when talking about a batter and something completely different when talking about a bowler. As you can see, it’s another cricket term that a new player might see on a scorecard and have no idea what it means.

In this post, I’ll explain what “strike rate” means when it comes to batsmen and bowlers. I’ll also explain how it’s calculated and tell you which professionals in international cricket have had the best strike rates. I’ll also answer a few other questions you might have.

What does ‘strike rate’ mean?

highest strike rate in cricket history in one match

In the same way, you can figure out a batter’s strike rate for their whole career. Sachin Tendulkar is one of the most well-known retired players of all time, so let’s use him as an example. In his career as an international one-day player, Sachin scored 18,426 runs on 21,367 balls. So, we can figure out his strike rate for his whole career by first dividing 18,426 by 21,367, which gives us 0.86. The final number, 86.24, is made by multiplying this number by 100.

To calculate a bowler’s strike rate in cricket, divide their deliveries by their wickets

Again, let’s take a look at a few examples. For the first example, let’s say a bowler has taken 3 wickets in 15 overs over the course of an innings. In 15 overs, there are 90 deliveries, so in 90 deliveries, this bowler has taken 3 wickets. To figure out the strike rate, we just divide the number of deliveries by the number of wickets. 90 divided by 3 is 30, so this bowler’s strike rate for that innings would be 30.

The strike rate is more often used to talk about a bowler’s entire career than just one inning, and it is calculated the same way for both. Let’s look at the testing career of Glenn McGrath as an example. Glenn got 563 test wickets over the course of his career. He did this by bowling 29,248 balls. When you divide 29,248 by 563, you get 51.9, which is Glenn’s strike rate for all of his test flights. This shows that, on average, Glenn McGrath took a wicket about every 9 overs during his test career.

This one is also easy to explain, so let me do it!

The batting average is a measure of how many runs a batsman scores on average per innings. For example, if a batter scores 50 runs in one inning, 2 runs in the next, and 42 runs in the next, their average for those three innings is 31.33. To put it simply, batting average is the number of runs scored by a batter, no matter how many balls they face. The batting strike rate shows how quickly a batsman score runs.

As we’ve discussed, the bowling strike rate refers to how many deliveries a bowler must bowl on each wicket.

One thought on “What is the strike rate in cricket?”